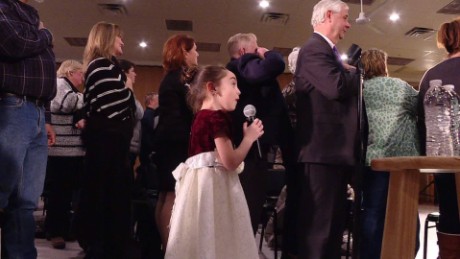 “Until I’m 18 I can’t vote for anybody, but if I am 19 right now I would vote for Chris Christie. He’s nice, he’s serious and he would be a good chairwoman. And plus, he said if he does win he would take me to the White House, ” Sienna told CNN.

At a recent town hall CNN was there to assure the promise induced in person.